HIV/AIDS testing started on the South Side of San Antonio at Palo Alto College on March 28.

League of United Latin American Citizens (LULAC) Council 22198 spearheaded the outreach while partnering with Mujeres Unidas to provide HIV/AIDS education and BEAT AIDS to provide the HIV/AIDS testing. On March 28 the agencies were in the Palo Alto College courtyard providing their services free of charge to everyone and plans to have more sites at other San Antonio schools.

While the CDC reports that national rates are on the decline, Texas Health Service Delivery Areas (THSDA) reports San Antonio rates continued to increase every year from 2010-2013.

In 2015, there were 369 newly diagnosed people with HIV, according to the 2015 THSDA report.  Almost 90 percent were males, 56 percent were Latinos and those under 25 years of age made up 24 percent of total new cases.

The AIDS epidemic of the 80’s and early 90’s may seem to be in the distant past, but newly diagnosed HIV/AIDS cases have spiked in the San Antonio area significantly affecting young Latino males under 25, according to the report.

LULAC is a national organization with more than 1,000 councils nationwide including 71 in San Antonio.  LULAC Council 22198, established in 2014, is San Antonio’s first LGBT LULAC Council and third in Texas.

Veloz is a longtime activist in LGBT Latino struggles.  He attended Cesar Chavez’s second March on Washington for gay and lesbian rights in 1987, and is still very active in campaigning LGBT rights throughout the city including PRIDE San Antonio’s annual gay pride parade.

“I threw myself on the Washington, D.C. streets to make statements about what was happening in the HIV/AIDS community,” Veloz said. “We took drastic measures. We got arrested. We did all sorts of things to make sure our voices were heard.”

“I think [this initiative is] going to be great!” Mujeres Unidas Executive Director Mary Helen Gloria said in advance of the event, ”A lot of [young people] are afraid to get tested.”

Gloria said she thinks there are many more undiagnosed cases because people just don’t know their statuses and specifically seeking out the younger demographic will help deter future HIV infections.
“Hopefully, we will bring awareness to a side of town that doesn’t get a lot of attention,” BEAT AIDS Prevention Department Supervisor Sylvia De Los Santos said. “I would tell [young people] not to assume that they can just take a pill now.  HIV is not over.  It can still kill you.” 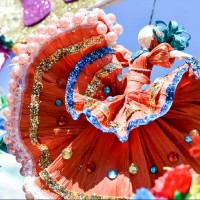