SGA president Andres Holliday nominated general business junior Jon-Eric Avila for the College of Business, and education senior John Hays and Jennifer Faubion, a graduate student in counseling and guidance for military relations, for the College of Education and Kinesiology.

The students were elected into the Student Senate by SGA leadership in a vote of 3-0.

Senators, who represent each college within the university, are members who create legislation, proposals and resolutions for the associations.

“I went to Club Rush where I met Andres Holliday and I asked him if I could be a member of the association,” Avila said. “Holliday then asked me if I could be a student senator to represent the students at the Brooks City-Base Campus.”

During national term, SGA campaigns and conducts surveys for candidates in each college. Members are interviewed and appointed if a position remains unfilled after the election.

The three students were then sworn into the Student Senate after reciting the preamble in the association’s constitution.

In addition to inducting three students, one senator and a secretary were nominated into the senate’s executive board.

“As senator Pro Tempore, I am the one who advises the senate and the committee for their duties and responsibilities.” Kirk said. “The board recommended me for the position and I was voted in.”

Executive board members are chosen by the president of the association to complete specific tasks.

“In the past month and a half, I have experienced extreme happiness and joy with the kind of work that we are getting from our officers,” Holliday said.

SGA seeks more student representation from the College of Business.

In other news, the association cancelled plans to meet with the San Antonio Higher Education Representatives Association, or SAHERA, this month because of a late notice.

Holliday said the association will visit with other SGAs at other universities around San Antonio, represent them and discuss citywide issues.

The associations from all local colleges and universities attend meetings with SAHERA to discuss those citywide and collegewide issues and resolutions that are happening around them. They plan to visit the Texas Legislature to advocate better funding for universities.

“The biggest thing about the Student Government Association is to have members who are willing to do what they have to first,” Holliday said. “The reputation they have is that they will be there for students and provide help when needed.”

Transfer advisers will advocate for A&M-San Antonio’s SGA within the Alamo Colleges. Senators and officers meet privately two to eight times a month at the discretion of the chair. The association established a strong relationship with the chancellors and senators amongst the colleges and universities in San Antonio.

Andres Holliday said the total turnout for the recreational sports fee forum, held Feb. 18 at the Brooks City-Base Campus, had 37 participants show interest in the maximum of $10 per student per semester. The Main Campus Building’s recreational fee forum, held Feb. 20, showed that 90 participants showed interest in the maximum amount.

The association posted flyers encouraging students to vote on the recreational fee.

Holliday said the administration expected 20 to 30 participants, but the real number of participants tripled the expectation.

The student surveys are currently being passed through administration to check for correct grammar and answers. These reviews will be reviewed as soon as possible for student feedback.

“If the vote does pass, one of the things we will work on is focus groups,” Holliday said.

He said the administration and the association will discuss designs on what intramural sports to hold at the university. 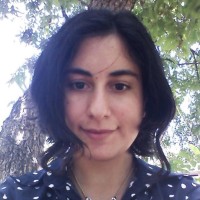 Jahna Lacey is a contributing writer for The Mesquite. Jahna is a communication-journalism major and attended San Antonio College where she served as staff writer on The Ranger, San Antonio College’s award-winning newspaper. She is a 2010 Thomas A. Edison High School graduate and is pursuing a career as an investigative journalist/digital journalist.