Viewpoint: The faces behind the numbers

On March 26, this campus co-hosted a forum bringing chancellors and system administrators from the Texas A&M and University of Texas systems to discuss the future of higher education.

During the “Broadening the Pathway to Higher Education in Texas” forum some of the most powerful players in Texas’ public higher education system congregated and predicted that the state’s two largest university systems will enable Texas to become “a shining star.”

Cigarroa said that Texas is the fastest growing state in the nation, and responsible for the creation of 50 percent of new jobs in the U.S., but that Texas is “facing a state emergency in the sense of how we are going to help our students.”

Following the forum, we asked our university president, Maria Hernandez Ferrier, to help us make sense of the conflict we heard that night: Texas has the potential to become a “shining star”  but major funding cuts in education by the state legislature compromise every student’s path toward excellence and better jobs.

We also asked our president how students can make the most of their education. She said that students themselves are the best ambassadors for supporting one another. As the faces behind the numbers, we agree. But we can’t do it alone.

Texas’ public universities should aim to produce highly qualified graduates, and not just a high number of graduates. As Ferrier noted earlier this week, enrollment is critical to fund this university. But, as she also said, we need numbers with excellence.

Both chancellors identified students as Texas’ most valuable resource. Human capital and brainpower were among the primary factors in forecasting whether Texas would succeed economically in the future. And both agreed that with each new generation comes a responsibility to educate a pipeline of students.

David Gardner, Texas higher education coordinating board deputy commissioner, said that more students are graduating than ever before. And  those students are better prepared than they were a decade ago.

But not everyone agrees.

Statistics from the Organisation for Economic Co-operation and Development (OECD) cited in a recent BBC report argue that “the US is now the only major economy in the world where the younger generation is not going to be better educated than the older.”

The annual OECD education statistics “show that only about one in five young adults in the US reaches a higher level of education than their parents – among the lowest rates of upward mobility in the developed world.”

The 2013 Times Higher Education rankings list the U.S. dominating in higher education quality all over the world (UT-Austin ranks 25th), but Texas students perform poorly when compared to the rest of the nation.

As the faces behind the numbers, we need to make sense of statistics that tell different stories about who we are.

As students, we should do more than support one another; we also need to push one another. For an  education that aims for excellence, students need to demand increased quality from their institution and hold themselves responsible for their own success. Students should be asking themselves if they are developing their critical thinking abilities and their problem-solving skills. The same students should be asking their educators if their intellect is being challenged well enough.

Together, we need to understand the importance of integrating with peers and sharing skills, as opposed to sitting next to one another in classes and exchanging irrelevant chit-chat. In collective groups, students are academically more productive, and  build contacts for their future careers.

But, let’s not forget. This is a partnership.

Leaders and policymakers claim to be doing their best. Recruiting and retaining qualified faculty is a start, but recruiting and providing funding for services that will aid underserved students should also be a top priority. Students who are highly motivated to learn should be noticed by our  leaders who should recruit and retain these minds at any cost. 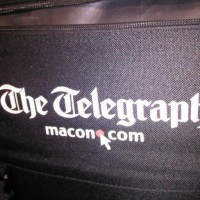 Syed Tawseef Ali is the Public Editor of The Mesquite. A native of Bangladesh, his role is to act as a readers' representative and answer questions about student media and content coverage. His "behind the story" column allows readers to see inside the newsroom to learn about the business of student-produced journalism. Ali joined the campus media outlet in Fall 2012 as a campus news intern and was promoted to Opinion Editor in Spring 13. Ali received his associate's degree from Northwest Vista College in the fall of 2011. His goal is to pursue a career in interactive radio broadcasting. He has interned with NOWCast San Antonio and is currently searching for paid employment to support his education.